Over the last few years, social media influencers have gained immense prominence as a larger number of users continue joining social media platforms. These influencers create content in the form of photos, and short and long-form videos, usually focusing on a particular topic.

For instance, some influencers focus on wellness, while others focus on fitness, art, politics, education, etc. Others remain loyal to the trends, changing their focus area with the newest trends. Influencers, like all celebrities, use their connection with their audiences to sell products by various brands. The brand advertisements are integrated into the content produced by these influencers.

Over the last few years, high returns from financial assets attracted a large number of investors into the financial markets. Google Trends shows a 20 times increase in searches for the word “crypto” between September 2020 and November 2021. The keyword “stocks” has a much lower increase of 2.5 times, over the same time period.

The increase in retail interest in the markets gave a boost to businesses whose investment products were primarily aimed at retail investors. These businesses, often dealing in crypto-related products, mutual funds, or stocks, hired influencers to advertise their investment products. But ultimately, influencer marketing appears to have resulted in multiple cases of mis-selling, a major issue in the financial services industry.

What is the Vauld Crisis?

Recently, a number of prominent social media influencers came out with public releases after Vauld, a crypto lending platform stopped withdrawals from the platform. The company had run an influencer campaign with these influencers several months back.

Its product was marketed as a “fixed deposit” that was safe and offered investors significantly higher returns than a normal fixed deposit. The returns went up to 12 per cent, which is quite high for a “fixed deposit”, given that the risk-free interest rate is much lower. It is quite likely that such returns would probably require increased risk unless the markets were extremely inefficient.

The videos by these prominent influencers constantly refer to the “crypto fixed deposit” product sold by the lending platform. Now, these videos have several new comments by retail investors who invested in the product, talking about the significant sums of money they lost.

However, this isn’t the first time that social media has been used for misleading investors. A few months back, some Twitter influencers came under fire after they tweeted about Salasar Techno Engineering Limited (STEL). These influencers were reportedly contacted by agencies that paid them money to tweet about STEL, in order to drive up the listed company’s stock price.

In other cases, Telegram groups have been used to drive up the prices of illiquid stocks where the group’s owners take positions in the stock before making recommendations on these groups. The modus operandi used by stock manipulators has changed with the advent of social media.

Until a few years ago, investors would often receive calls and messages from Indore-based companies offering hot tips about illiquid stocks. Today, social media offers a chance for these manipulators to reach out to investors for free, and on a larger scale.

Apart from these direct violations, finance influencers have been known to dole out superficially researched stock ideas, questionable financial advice, and unsafe investment ideas, among others.

In part, the blame for sub-par content lies with the audience these influencers cater to. The audience is interested in overly simplified and short financial advice, rather than understanding the complexity of the investments they are about to make.

As a result, we are left with terabytes of similar short-form content that only hype up brands, but little to no real value to our financial journey.

Some of these fin-tech influencers claim to be traders with portfolios worth tens of crores. Hence, it is quite surprising that they should spend their time and effort in advertising brands, for relatively small amounts. Others even run courses that teach trading strategies to newbies.

Anyone with a basic understanding of the stock markets would realise that developing a sustainable competitive strategy in the markets is quite difficult. Once a trading strategy is known to a number of market participants, everyone would jump onto that trade, making it rare and unprofitable.

Hence, professional money managers prefer to operate discreetly, in order to prevent anyone from stealing their ideas or strategies, unlike social media traders. If someone gives away their competitive edge developed over many years, in exchange for a few thousand rupees, the motive should be questioned.

“Financial Gurus” have been around for a long time, but technology has democratised the ability to become a guru. Earlier, these “experts” only had a few prominent television channels, newspapers and magazines through which they could reach the masses.

But today, social media has removed any barriers between experts and the masses. Consequently, it is of utmost importance that investors learn the difference between charlatans and real experts. Influencers have helped demystify finance for millions, but, followers must be cognizant of the possible negative impact as well.

In general, influencers have little skin in the game, with a significant upside, and an asymmetrically low downside, in case things go south. The recent debacles are a lesson for retail investors to stop depending on five-minute videos and superficial explanations, before investing a significant portion of their hard-earned money into products touted by influencers. 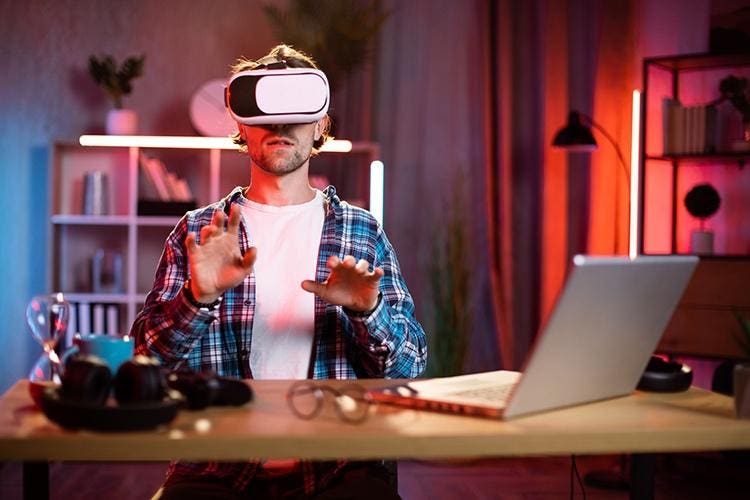